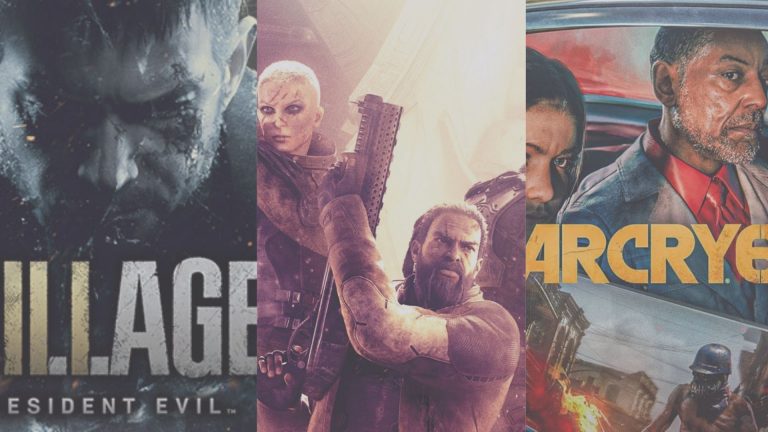 There is plenty to look forward to this year, all thanks to the 2023 we all had! From highly hyped games to triple-A ones, there’s a lot in store for PC gamers.

New games are coming for all kinds of gamers, whatever your platform of choice is. Be it Epic, Steam, Origin, or Uplay, there is plenty to keep you busy this year. Gear up for updates to your favorite co-op masterpieces, shooters, and RPGs and for other bleeding-edge titles having ray-tracing capabilities.

Many announcements, rumors, teases, and trailers have also surfaced over the past few months but navigating through them all can get too much sometimes.

We here have put together some of the best hype-worthy titles, with their trailers and release dates, you should be saving your pennies for and keep on your radars.

Outriders – One of the Best Upcoming Game 2023

Outriders is releasing on the 1st of April 2023 and is a co-op shooter-type game, published by Square Enix External Studios.

The dark sci-fi vibes of his game are definitely worth the wait.

It is set to be a 1-3 player game with players being able to drop in and out of the game whenever they like. Outrider claims to provide “countless hours of gameplay” with the flexibility of creating your own Outrider journey through slums and shantytowns, hostile planet, forests, mountains, deserts, and intense gunplay to keep you immersed.

The Outriders trailer reveals intimidating extraterrestrial and lots of wading through a dark, perilous world for the players. Certainly, one to look out for!

Deathloop, a first-person action game, has a set release date of 21st of May, 2023. The publisher Bethesda behind Deathloop has made sure you’ll be hooked to this game.

Deathloop will transport the player right in the middle of an eternal struggle among two extraordinary assassins on the lawless island of Blackreef. An FPS with a twist, Deathloop puts the main character in a mysterious time-loop where it will relive the same day over and over again trying to break free.

It’s not just that, you’ll have to evade death and hunt down targets all day long over the entire island. Anything from the makers of Dishonored and Prey is certainly hype-worthy, so get ready for this one.

The Outlast delivers the terror of being hunt down with friends by sledgehammer-wielding brutes with such surreal detail to get you hooked to the game for hours. This survival horror game does not have an exact release date as yet but the horrific thrills from Outlast and Outlast 2 have us waiting for what’s next.

You can play this game with up to four other players and experience all sorts of terror.

This release is not based in a hospital, instead, it revolves around brainwashing and mind control that you have to escape and survive through fear, disrupt and violence.

Releasing on the 22nd of April, 2023, Humankind is a new historical strategy game from the same people who brought you Endless Space.

Humankind lets you rewrite history by creating your very own civilization to evolve through the ages.

This 4x game revolves around 60 various “historical cultures from across humanity’s heritage”. You’ll be making scientific breakthroughs whilst unleashing the natural wonders of your in-game world.

Anticipated by all the PC gamers, Resident Evil Village is going to release in the first week of May 2023. To be exact, 7th May marks the day when this survival horror from Capcom will become available.

The first glimpses from the trailer fill you with an intriguing terror where you just want to get into this Transylvania-inspired setting, claustrophobic first-person perspective, and fight those werewolf-like enemies.

Foreboding, and dark realistic terror is set a few years after the biohazards of Resident Evil 7 with tragedy running peaceful beginnings.

The action RPG from THQ Nordic is launching on the 25th of May, 2023 with all its little playable characters that resemble Rocket from Guardian’s of the Galaxy.

Biomutant is coming with stunning gameplay and impressive graphics as the trailer reveals.

This game is all about combining powers, weapons, and bionics to customize their characters into villains or ultimate heroes.

It gives you all the power to decide the fate of the world.

A blood-curdling, gruesome medieval battle romp where chopping heads off with swords is essential for survival, Chivalry II is releasing on 8th June 2023.

This game has all eyes on it as its featuring cross-play between PC and console.

Chivalry II is a medieval multiplayer game published by Torn Banner Studios. This upcoming game is going to support 64 players, a fresh set of battle tactics, and many new horses.

Developers have revealed that everything has been completely revamped and it is going to be much speedier than the original Mordhau.

Releasing somewhere in the mid of 2023 is the most famous and awaited game so far. After many leaks, the game has built solid hopes in pc gamers. Far Cry 6 is certainly chaotic enough to give you the adrenaline rush of going through a modern-day guerrilla revolution.

This game is set in the fictional version of Cuba, called Yara.

You’ll be playing a gorilla fighter, the revolutionary Dani Rojas, that will be attempting to burn down the fascist regime to the ground.

You’ll be battling to liberate the island of Yara from despotic El Presidente. The new villain Anton Casillo will be played by the Breaking Bad star Giancarlo Esposito.

Far Cry 6 differs from the previous Far Cry games as it features a city setting, which is a first for this series.

A four-player game from the team behind the Left 4 Dead looks promising and is releasing on 18th June 2023.

A Zombie co-op FPS game will have you fighting Ridden, along with your friends, to defeat zombified humans who are filled with parasites.

There is also a multiplayer mode for chasing friends as a zombie.